Introducing The Clutch with The Highest Torque Capacity In The EXEDY 4X4 Range. 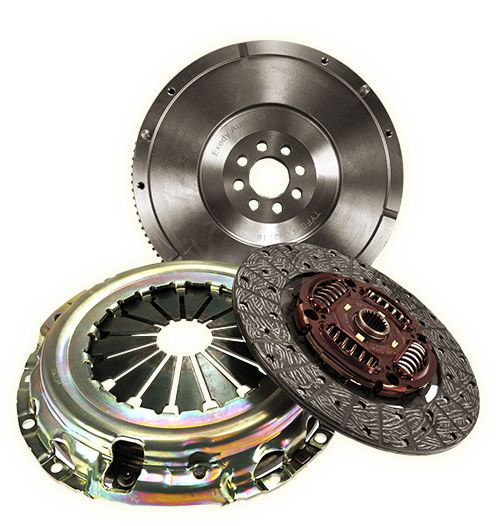 EXEDY is committed to designing and manufacturing high-quality automotive aftermarket products and is excited to announce the launch of the Safari Tuff Heavy Duty (STHD Suffix).

Acting on new car sales data, which revealed a high demand of vehicles with modified ECU’s and other performance modifications as well as cars that are used in the harshest environments, EXEDY identified a gap in the market for a heavy-duty clutch for 4WD that would exceed the performance of the Safari Tuff clutch.

EXEDY also discovered that performance upgrades for both petrol and diesel 4WD vehicles are rapidly increasing and that owners of modified 4WD’s were actively searching for high-performance clutch kits to complement their new-found engine performance.

Once prototypes of the Safari Tuff Heavy Duty were available, a fleet of test vehicles was secured to ensure that the kits would guarantee not only a correct fit and function but also would deliver superior performance during intensive off-road trials. The prototypes met the requirements of demanding driving conditions such as when towing a heavy van or boat, or other situations where the transmission of increased torque through the drivetrain was required. There is no doubt that the Safari Tuff Heavy Duty assists vehicle owners to improve endurance and durability, enhance drive train dynamics and maximises the power transfer.

All Safari Tuff Heavy Duty Kits Include a clutch disc with improved damper springs and high coefficient friction material; coupled together with an upgraded Safari Tuff clutch cover resulting in the highest clamping force in the EXEDY range. 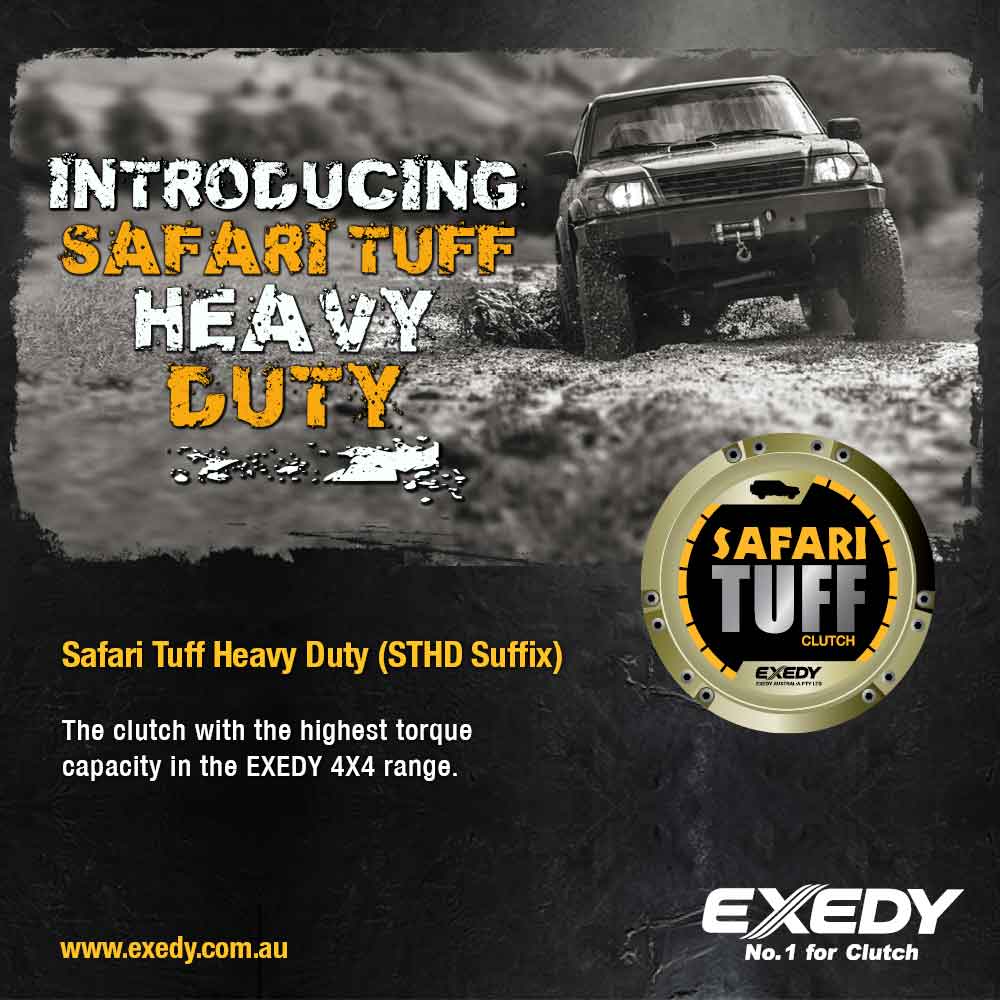 All kits also come with an alignment tool, spigot bearing & grease satchel, so you have all the tools you need to do the job. If you are putting increased torque through your drivetrain and don’t mind asking your vehicle for that little bit more, insist on an EXEDY Safari Tuff Heavy Duty Clutch.